PPI OSCAN, the Small-scale Initiatives Program for Civil Society Organizations (CSOs) in North Africa, is a program that supports young associations who want to get involved in new environmental and sustainable development issues through innovative field initiatives.

The overall objective of the PPI OSCAN is to strengthen the technical, administrative and financial capacity of CSOs in four North African countries (Algeria, Libya, Morocco and Tunisia) so that they can develop concrete field initiatives in the short term and be able, in the longer term, to contribute to the implementation of national strategies and action plans for biodiversity conservation and restoration, the sustainable management of natural resources and the mitigation of climate change effects.

Genesis of the PPI OSCAN program

In 2013, the MAVA Foundation and the French Global Environment Facility (FFEM) decided to draw inspiration from the Small-scale Initiatives Programme (PPI) implemented by the IUCN French Committee since 2007, to setup a program with a similar approach but integrating the specificities of the North African region. This collaboration led to the creation of the PPI OSCAN Programme, coordinated by the IUCN Mediterranean Cooperation Centre, IUCN-Med based in Malaga (Spain). Launched in 2014, the first phase of the program received 248 proposals, among which 37 were selected in the four countries: Algeria, Libya, Morocco, and Tunisia. This first phase ended in 2017 and led to a second phase between 2018 and 2021. Like its predecessor, the PPI OSCAN 2 prioritizes emerging CSOs by giving them the opportunity to carry out their first project experience, and by providing fieldwork learning and coaching. Besides the 35 new CSOs selected in this second phase, 8 OSCs were picked up from the PPI OSCAN 1 to strengthen the long-term impacts of their projects, and give them additional responsibilities of mentorship towards the new organizations. Each funded project addresses at least one of these three themes: Species and ecosystem conservation; Co-management of terrestrial and marine protected areas; Ecotourism and sharing the benefits of nature.

The synergies between the PPI OSCAN and the PPI

Although each program has its geographical specificities, the PPI OSCAN and the PPI have many similarities in their approach, technical content, institutional and operational planning. This is why since 2019, IUCN-Med and the IUCN French Committee have initiated a cross-capitalization process of the two programs to analyse synergies and best practices in their approach to financing and supporting civil society work in Africa. The results of this sharing will later serve as an inspiration for the replication of this approach in conservation and sustainable development programs.

In addition, both programs aim to support the network of their beneficiaries through the sharing and exchange of good practices. In this context, the regional meeting of the PPI OSCAN organised in Morocco in November 2019, hosted several actors from the PPI. CSOs from both programs are also participating to mutual webinars especially those working on similar themes and projects.

This website uses cookies to improve your experience while you navigate through the website. Out of these, the cookies that are categorized as necessary are stored on your browser as they are essential for the working of basic functionalities of the website. We also use third-party cookies that help us analyze and understand how you use this website. These cookies will be stored in your browser only with your consent. You also have the option to opt-out of these cookies. But opting out of some of these cookies may affect your browsing experience.
Necessary Toujours activé
Necessary cookies are absolutely essential for the website to function properly. This category only includes cookies that ensures basic functionalities and security features of the website. These cookies do not store any personal information.
Non-necessary
Any cookies that may not be particularly necessary for the website to function and is used specifically to collect user personal data via analytics, ads, other embedded contents are termed as non-necessary cookies. It is mandatory to procure user consent prior to running these cookies on your website.
Enregistrer & appliquer
Le PPI-OSCAN : protagoniste de l’engagement de la société civile en Afrique du NordPPI 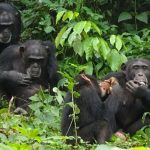