On the networks side : GSAC Alliance

In November 2019, the Alliance GSAC organized the 4 th strategic workshop followed by the General Assembly of the network in the Republic of Congo. It was the turn of the NGO member, ESI CONGO, to receive his peers . Every year since its creation, the Alliance GSAC wants to organize this strategic annual meeting allowing the NGOs members to gather to discuss the outcomes of the year and define the future strategic directions, supported by its historical partner, the PPI.

This meeting was held under the banner of strengthening political legitimacy and promoting the engagement of African civil society in conservation . As such, the Congolese authorities were mobilized for the event. The opening speech of the strategic workshop was thus delivered by Mr. Désiré NDONGO, Secretary General of the Kouilou Prefecture, project area of ​​the host NGO, who reiterated the importance of supporting these local conservation initiatives of biodiversity brought by civil society.

For two days, the members met, initially, in Pointe-Noire, to reflect on the strategy of the network and develop its strategic plan for 2020-2023, helped by WELL GROUNDED. This work is the result of intense reflection, where each NGO was involved so that the Alliance GSAC can have the impact expected in the conservation of great apes in Central Africa.

After a hard work to get his peers in the best conditions, ESI CONGO welcomed every one on its site of action in Magne in the Mayombe Forest, for the General Assembly. A journey of 4 hours by canoe to get there, allowed members to discover the beautiful Equatorial forest of Mayombe, in a friendly atmosphere . For the first time, after this meeting, the Alliance GSAC is expanding and is welcoming a new member, the NGO SEKAKOH in Cameroon, founded by Osiris DOUMBE.

To close this important meeting, the Alliance GSAC had the honor of being received by the Ministre of the forestry economy of the Republic of Congo, Mrs. Rosalie Matondo. This meeting was an opportunity to advocate for greater involvement of African civil society organizations in policy decisions for biodiversity conservation in Congo, but also more widely in Central Africa. 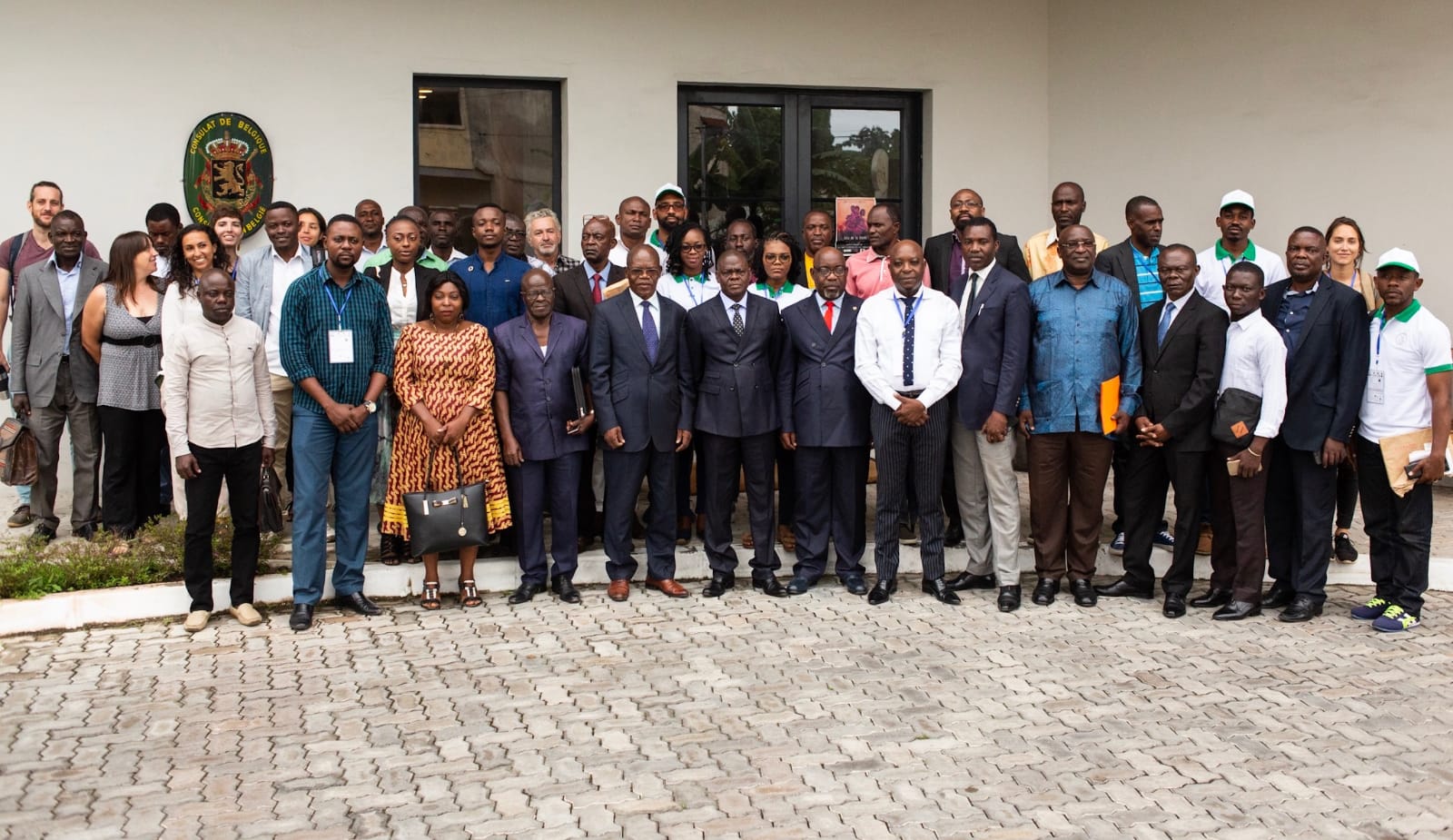 This website uses cookies to improve your experience while you navigate through the website. Out of these, the cookies that are categorized as necessary are stored on your browser as they are essential for the working of basic functionalities of the website. We also use third-party cookies that help us analyze and understand how you use this website. These cookies will be stored in your browser only with your consent. You also have the option to opt-out of these cookies. But opting out of some of these cookies may affect your browsing experience.
Necessary Toujours activé
Necessary cookies are absolutely essential for the website to function properly. This category only includes cookies that ensures basic functionalities and security features of the website. These cookies do not store any personal information.
Non-necessary
Any cookies that may not be particularly necessary for the website to function and is used specifically to collect user personal data via analytics, ads, other embedded contents are termed as non-necessary cookies. It is mandatory to procure user consent prior to running these cookies on your website.
Enregistrer & appliquer
On the networks side : RASTOMAPPI
PPI Partners : IUCN NLPPI
X