News from the field : ACB-CI

The Tanoe Ehy Forest (FTE, 12,000 ha) is located in the southeast of Côte d’Ivoire, on the border with Ghana. This natural area is still not officially recognized as a protected area, however, since 2006, several efforts conducted by national conservation actors such as the Centre Suisse de Recherches Scientifiques in Côte d’Ivoire (CSRS) and NGOs such as SOS Forêt and ACB-CI with the support of partners in Europe and the United States, led to intitate a community based conservation system in which local communities are full engaged as main management.

The FTE, mainly surrounded by oil palm plantations whose products are sold mainly to PalmCI, remains spared from the encroachment of the plantations due to its swampy areas and the fight against forest conversion – especially since 2008, when the local population, with the support of ACB-CI and the CSRS, blocked the expansion of PalmCI into Tanoe forest area. Since this period, some projects have been carried out with the support of the PPI.

This support help to develop conservation initiatives by supporting and strengthening capacity of local communities to conduct good practices in agriculture and the conservation of the Tanoé Ehy forest. For that, local communities have been organized in each village, in a “Village Association for Conservation and Development” (AVCD). At district level, AVCDs have been combined into “Association Intervillageoises de Gestion (AIVG)”. Since December 2017, local communities were supported to create the federation of AIVG which is the main contact for the communities during discussions with the authorities, donors, etc.

To date, eleven villages are involved in this community based conservation process in which women and young people play a main role.

To better combine conservation and agriculture (their main activity with cocoa and palm oil plantations), a green value chain initiative was developed in collaboration with Man and Nature (with CEPF funding). Cassava and Non Timber Forest product (NTFP) with plant species like Xylopia aethiopica, Irvingia gabonensis, Ricinodendron heudelotii, Beilschmedia mannii, Garcinia kola and Tieghemella heckelii were developed either in farm but also as buffer zone around the Tanoe Ehy Forest. 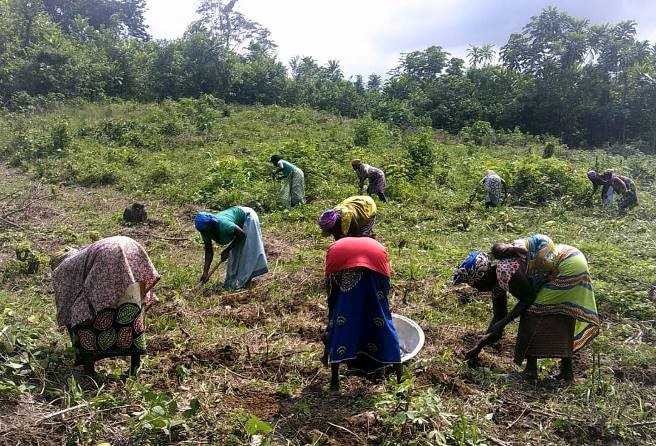 104 women from 5 villages were thus trained in good practices and in the production of high-yielding cassava using sustainable practices. During an initial cycle, they produced 59 tonnes of cassava and obtained 15,850 kg of « Gari », a local end-product consumed in Côte d’Ivoire but m ainly in Ghana. The selling of this product is the

Population were committed to increase the forest cover with the development of agroforestry practices, thus more than 1,200 trees have been planted in 67.5 ha of cocoa plantations.

Community patrols, made up of 22 trained young people (2 people per village), are organized twice a month. Many poachers and illegal loggers have been arrested in the presence of forest authorities of Côte d’Ivoire and equipment from these poachers and illegally cut timber have been seized. Transborder patrols have also been organized with neighboring communities from Ghana organized in CREMA and which are also involved in this project.

However, for couples of months a new significant threat hangs over the forest and this community conservation initiative: gold mining exploitation.

Thanks to the actions initiated by local communities supported by partners including our NGO, CSRS, the NGO SOS Forêt, meetings were organized with the Minister in charge of the environment, we are happy that the implementation of this mining activities is stopped…. for now. The threat is still there so local organizations and our NGO are closely monitoring the situation. 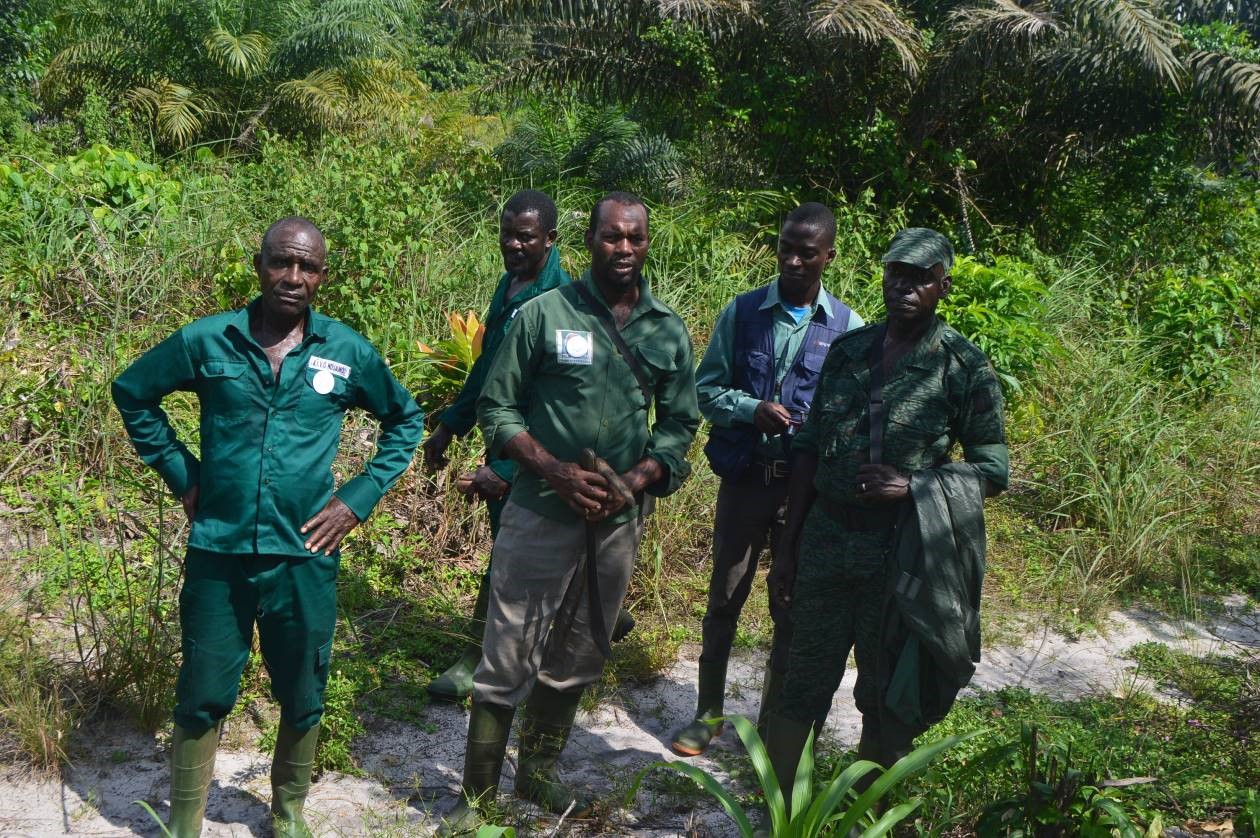 In sum, with the support of the PPI, at least four threatened primate species with two critically endangered (Cercopithecus roloway, Cercocebus lunulatus), among numerous other wildlife species are in good protection. Moreover, this conservation support represents a real opportunity to empower local communities and the Community Organizations in order to improve the livelihoods of community members and their farming practices. The conversion of forest into low productivity extensive agricultural land is prevented and broad support of the population for forest conservation by improving livelihoods is ensured.

This website uses cookies to improve your experience while you navigate through the website. Out of these, the cookies that are categorized as necessary are stored on your browser as they are essential for the working of basic functionalities of the website. We also use third-party cookies that help us analyze and understand how you use this website. These cookies will be stored in your browser only with your consent. You also have the option to opt-out of these cookies. But opting out of some of these cookies may affect your browsing experience.
Necessary Toujours activé
Necessary cookies are absolutely essential for the website to function properly. This category only includes cookies that ensures basic functionalities and security features of the website. These cookies do not store any personal information.
Non-necessary
Any cookies that may not be particularly necessary for the website to function and is used specifically to collect user personal data via analytics, ads, other embedded contents are termed as non-necessary cookies. It is mandatory to procure user consent prior to running these cookies on your website.
Enregistrer & appliquer
Interview de Martial KOUDERIN, CREDIPPI
On the networks side : RASTOMAPPI
X