The Small-Scale Initiatives Program (PPI), created in 2006 by the French Facility for Global Environment (FFEM), and implemented by the French Committee of IUCN (IUCN France), in partnership with the IUCN Central and West Africa Program (IUCN PACO), launches a new call for proposals « small grants » projects.

In early 2019, the FFEM and IUCN France signed a new agreement for an extension of the fifth phase of the PPI until June 2021. Moreover, the Mava Foundation and IUCN France decided to intervene in an additional way, in new countries on the North Atlantic front of West Africa which is one of the priority regions of the Foundation.

A new call for proposals opens today and aims at financing (by the FFEM and the MAVA Foundation) and implementing of about 30 new projects in 19 countries in West and Central Africa.

The targeted environmental themes are the improvement of territorial governance, the protection of endangered species, the management of Protected Areas (PA) and their fringes, the fight against poaching and the illegal wildlife trade.

Important news: the organizations of Mauritania, Senegal, Cape Verde, The Gambia, Guinea, Guinea-Bissau and Sierra Leone are eligible for this call (see all eligible countries in the rules below).

Eligible applicants for this round of small grants are African NGOs that have not previously benefited from a PPI grant, working on high biodiversity values and/or that are important for addressing climate change issues.

Note: Candidate CSOs who have not been selected in the last two PPI 5 calls (in 2017) will be able to update their proposals and submit them again.

The maximum contribution for these small grants is € 40 000. This contribution will cover at maximum 50% of the total cost of the project (75% if only local donors) and the project duration is 15 months maximum.

YOU WANT TO SUBMIT A PROPOSAL ?

To submit a proposal, carefully read the rules and criteria call for proposals and if you feel that your project meets the criteria, fill out a pre-proposal according to the template available below. 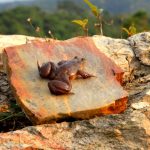 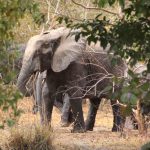