Faced with the continued decline of great apes and their habitats around the world, civil society in Central Africa met from November 18th to 19th, 2021 at the city hall of Yaoundé in Cameroon to talk about community conservation of great apes in the forests of the Congo basin. It was thus during a forum, which brought together more than a hundred participants (conservation practitioners, academics, students, donors, political authorities, etc.), that 6 conservation themes were debated regarding these vulnerable species. A first of its kind in Central Africa, this forum was organized under the sign of promoting « local initiatives to sustainably protect the great apes of Cameroonian forests and the Congo Basin », through 20 exhibition stands in order to present to the public initiatives, products and services of local actors on biodiversity conservation.

The discussions around these themes made it possible to raise many questions, still unresolved but decisive for the effective conservation of great apes. It was notably a question of making the scientific inventory of the situation of the great apes of the forests of the Congo Basin in 2020. Discussions took place on the notion of community conservation and its effectiveness on the protection of great apes in the context of the forests of the Congo Basin. The baseline of this meeting was based on the necessary reflection on the place, role and contribution of local communities in Central Africa in conservation. What are their perceptions and representations on this major contemporary issue for Africa and the world?

The direct testimonies of 4 community leaders coming from Nkala (Téké community of Maï Ndombe in DR Congo), Messamena and Somalomo (Badjoué and Baka community of the Dja Reserve in Cameroon), the littoral (Banen community, the forest of Ebo in Cameroon and Bertoua (Képéré community on the outskirts of Deng Deng Cameroon National Park) helped free the community voice. The positioning of these different testimonies allowed participants to realize, if this is only confirmation, the vast misunderstanding and discrepancy between local / community expectations and the conservation objectives promoted in rural and community settings. During this forum, it was also question of the sustainability of funding for community conservation by local and community organizations, in particular the search for suitable and viable funding for these local actors highly dependent on the money provided by external partners. Finally, the participants raised the issue of collaborative leadership that promotes a strong contribution of local and community organizations in the conservation of great apes and biodiversity in the forests of the Congo Basin. 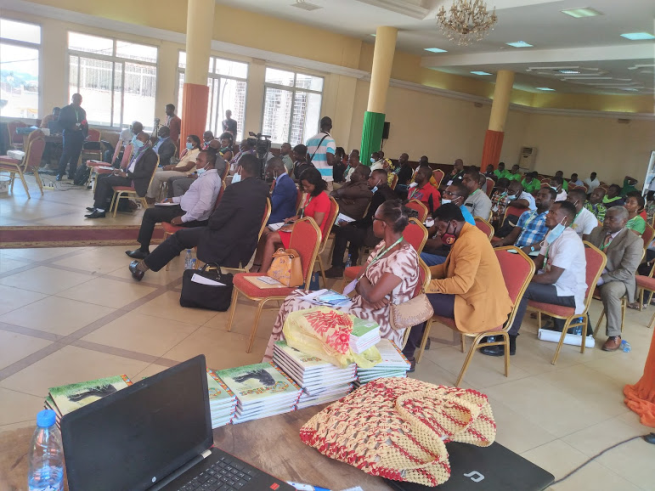 The forum had some major moments to allow the public and the participants to immerse themselves, in a surge of affirmed citizenship, in the daily life of the conservation of the great apes. An excursion to the Mefou primate sanctuary was organized for the students of Yaoundé, their parents and teachers. The work of the members of the GSAC Alliance was fully exposed through the visit of the premises of the NGO TF RD (Tropical Frorest and Rural Development) of Cameroon which is developing a model for valuing non-timber forest products and their marketing…

It is recalled that this sub-regional meeting was organized by the Alliance GSAC network (Alliance for the community conservation of great apes in Central Africa). It has been supported since its creation by the French Committee of the International Union for the Conservation of Nature. This network has existed since 2016 and already has several transversal actions to its credit aimed at technically and institutionally strengthening local civil society, but also allowing it to position itself as a key player in the actions to be implemented to save the great apes of the forests of the basin of the Congo.

This website uses cookies to improve your experience while you navigate through the website. Out of these, the cookies that are categorized as necessary are stored on your browser as they are essential for the working of basic functionalities of the website. We also use third-party cookies that help us analyze and understand how you use this website. These cookies will be stored in your browser only with your consent. You also have the option to opt-out of these cookies. But opting out of some of these cookies may affect your browsing experience.
Necessary Toujours activé
Necessary cookies are absolutely essential for the website to function properly. This category only includes cookies that ensures basic functionalities and security features of the website. These cookies do not store any personal information.
Non-necessary
Any cookies that may not be particularly necessary for the website to function and is used specifically to collect user personal data via analytics, ads, other embedded contents are termed as non-necessary cookies. It is mandatory to procure user consent prior to running these cookies on your website.
Enregistrer & appliquer
Le premier Forum sur la conservation communautaire des grands singes des forêts du bassins du CongoPPI 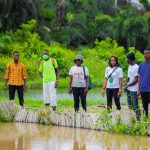 From May 19th to 23rd, celebrate nature everywhere around the World!PPI
X