Osiris, tell us a little bit about the history of SEKAKOH and its creation: what is the ‘raison d’être’ of the organization, its genesis and what is the name of the NGO standing for?

Everything started from the Ellioti Project. The goal of this project that I launched in 2013 was to conduct a study on the distribution of the rarest and least known of the chimpanzees, the Elliot chimpanzee (Pan troglodytes ellioti), and to study the diversity of the monkeys of the North West Cameroon region.

This region is highly anthropized, and there are not enough conservation projects. In addition to the scientific aspect, we had an approach of sensitizing the inhabitants of the villages surrounding the last fragments of forest, in more or less direct contact with the chimpanzees.

After two years of study and walking in the North West, I created with environment passionates friends SEKAKOH, to continue the efforts garnered by the project.

The goals of SEKAKOH are to protect wild animals and their habitats while helping people to use their resources sustainably.

SEKAKOH means « remember them » in Balikumbat, a language of North West Cameroon. The NGO’s logo is a black rhinoceros from West Africa – a subspecies whose last individuals are now extinct in Cameroon. It is painted in white, the color of mourning in this country.

Since the beginning of the activities, what were your priorities? What actions have already been taken and which ones are you the most happy and proud of?

Since 2015, within SEKAKOH we have mainly worked in the Kom forest, in the Department of Boyo, about twenty kilometers from Bamenda. This small forest located in the low mountains along the Bamenda mountain range is home to at least two groups of chimpanzees and 12 other primates according to our studies.

Ethnobotanical research has enabled us to highlight more than 90 species of plants used by the inhabitants of the four surrounding villages for food, medicine, timber, and firewood.

Even if so far we have favored research, we have not neglected the relationship with local communities with whom we maintain good relations through awareness activities (distribution of school books on the Cameroonian environment) and development (construction of improved ovens and donation of mill to grind corn kernels).

I think that the activity that personally made me most proud was the donation of the mill to the village of Baiso. This machine allowed the villagers to stop having to send their children to Fundong (several kilometers from Baiso) to grind corn kernels, the staple food of the region.

What are the current prospects for the year 2018? What particularly exciting activities do you plan to implement?

For 2018, SEKAKOH has several planned activities at Kom, the largest part funded by PPI-5. These activities will be developed in collaboration with another NGO, SURUDEV, which will bring its expertise in agroforestry. Within SEKAKOH, we will continue our research with special emphasis on plant diversity and chimpanzee feeding. In addition to this, we have planned to build a research center, which will allow scientists to have a place to stay and rest in this isolated village, close to the forest. In addition, we will start a reforestation project at the edge of the forest, very exciting in my opinion. Indeed, the issue of reforesting tropical forests is often debated but rarely effective in the field, especially because of seasonal bush fires. We hope to innovate and find a sustainable solution, allowing to plant various species of trees useful to both men and primates of the forest.

A word about the civil society… What do you think about its role in the ongoing struggle to protect African biodiversity and save some emblematic species, such as the chimpanzee Nigeria-Cameroon?

The civil society is very important for the conservation of the environment and endangered species. It has proven its usefulness many times. A good example is ERuDEF, in South-West Cameroon, which has been the mastermind behind the creation process of the Tofala Hills Sanctuary, a Protected Area where Cross River gorillas (Gorilla gorilla diehli), critically endangered species, live, as well as Elliot Chimpanzees. Cameroon is fortunate to have an active civil society and it is an asset that the country should use wisely, especially for the protection of P. t. ellioti. With probably less than 6,000 individuals in the world, and probably no more than 4,000 in Cameroon, this subspecies of chimpanzees is a regional wealth that we must save. Unfortunately, Cameroon’s Ministry of Forests and Wildlife has too little budget to effectively protect biodiversity at the national level. Thus, who other than the civil societies, close to local communities who share their environment with chimpanzees, can work with them and promote this behavioral change that would give future generations a chance to freely observe their closest cousins in the nature. 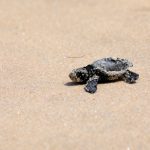 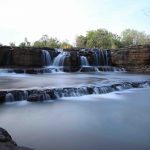