The Small-Scale Initiatives Program (PPI), managed by the French Committee of IUCN has created a rapid action grant to limit the impacts of the health crisis and secure the gains for the conservation of biodiversity in Sub-Saharan Africa.

Indeed, during the global pandemic, some natural areas and some species benefited from the reduction in threats linked to human activities, but this was not always the case in certain regions of Africa.

The return of the inhabitants of large metropolises to their villages of origin and a slowdown in the economy has caused a drop in their income as well as a reduction in resources for the management of protected areas. These circumstances have only increased the pressure on natural resources and endangered species, such as great apes and marine turtles.

For this rapid action grant, a call for proposals launched by the PPI and 6 projects were selected for a maximum grant of € 3,500.

They will take place in Benin, Cape Verde, Gabon, Niger, Democratic Republic of Congo and Senegal mainly to deal with an upsurge in poaching or to put in place measures that reduce the potential risk of transmission of the virus to Great Apes.

« This is the first time that we have put in place such a response to the current crisis. It is important to support local organizations by quickly providing them with material and human resources that will allow them to regain control and not compromise the results achieved so far for the preservation of biodiversity.».

AN EMERGENCY RESPONSE ALLOWING THE FINANCING OF CONCRETE AND RAPID ACTIONS

This project responds to the unexpected situation due to the global pandemic. When developing our project we did not plan for any specific measures to prevent the spread of the disease. However, it could threaten the survival of the Grauer gorillas and chimpanzees present in the forest concessions of the local communities with which we work  »

Maurice Nsase from the NGO in DRC

In Senegal, the closure of borders has forced fishermen to concentrate their fishing efforts on the national coast, in particular in areas usually protected such as the ornithological reserve of Kalissaye: “The high concentration of actors, boats and gear lead to an overexploitation of fishery resources which must at all costs be controlled and supervised quickly before the situation becomes irreversible ”, underlines the conservator of the reserve. 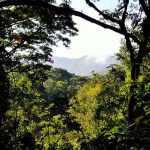 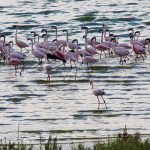